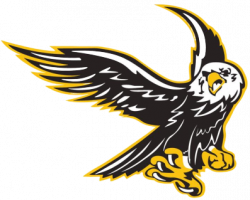 In the final game of the regular season, Edinburgh Eagles travelled to fellow North East league newcomers West View Warriors in the knowledge that anything but losing would guarantee second place in the table and, more importantly, a home tie in the first round off the play-offs.

For Hartlepool-based West View, this game was equally important as although, like Edinburgh, they had already secured a place in the play-offs in their debut season in the competition, a victory brought about a whole number of complicated possibilities that could see them finish second based on head-to-head results.

It was the hosts who opened the scoring in the early stages, capitalising on an Eagles error. The visitors nerves were settle when Mikey Mair crashed over, closely followed by Matt Hart minutes later. None of the tries were converted which meant the Scottish outfit lead 4-8, but the Warriors levelled matters shortly after.

A period of dominance for Edinburgh Eagles resulted in a purple patch before the break. First Lewis Clarke, in his first game back since picking up an injury at Peterlee, then Mair with his second and Craig Robertson added tries, one of which Mair converted giving a half time score of 8-22.

After the restart, Mair scored his third try of the afternoon, giving him hat-tricks in successive games, and added the extras to make it 8-28 but this only served to spur on the Warriors who scored two unconverted tries to bring them back within two scores. For their sakes, if only their kicker had brought his kicking boots!

Mair added try number four before West View scored again and this time kicked their first (and only) goal of the day to make it 22-32. Both teams benches were starting to become depleted through knocks and, in the case of the home side, work commitments so with the game finely poised heading in to the final quarter, fatigue was going to be a major factor in the warm conditions.

The Eagles scored next through Kaharau Kaihe and a typical Jonny Quinn poachers effort which was converted by Doug Watters to give seemingly comfortable 20-point cushion. West View weren’t done though and scored another try of their own but Dougie Thomson restored the gap and Watters extended it.

The home side refused to give in, adding a try before Robertson had the final word with a score in the corner on the last play of a highly entertaining game. Final score West View Warriors 30-52 Edinburgh Eagles.

The result means the Edinburgh Eagles finish 2nd to Jarrow Vikings, having lost the head-to-head at Jarrow earlier in the season, and face third placed Cramlington Rockets at home in the play-off first round on Saturday 27th July.

Next up though is the Scottish Cup final versus Strathmore Silverbacks at Lochinch Sports Pavilion, Glasgow on Saturday 20th July, kick off 2:00pm. The two clubs under 16’s teams will play as a curtain-raiser at 12:15pm.