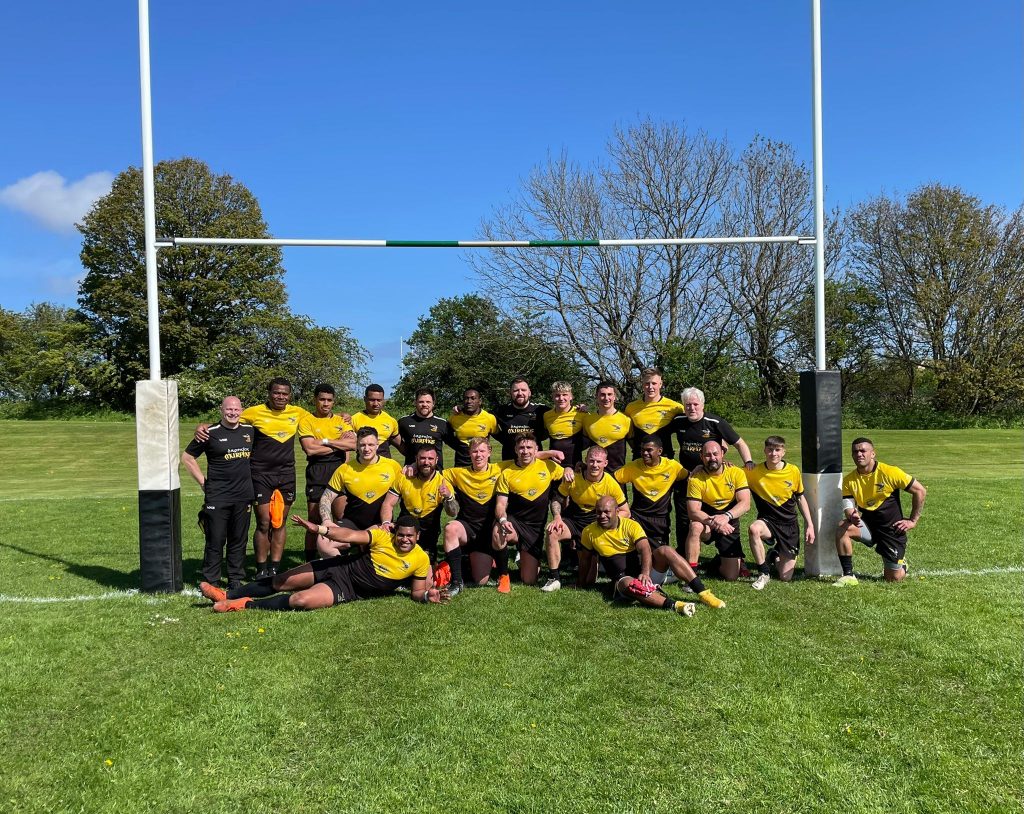 Edinburgh Eagles travelled to Wallsend to play their first North East Rugby League (NERL) fixture since 2019 in Round One of this year’s league competition.

Eagles eventually ran out winners (46-28) in the warm, sunny weather in a highly competitive and entertaining match which one spectator was heard to say “It was played by both team in the spirit of the game.”

The first half was all about Edinburgh as the forward pack with their strong carries laid the foundation for the tries that would follow. Prop forward and Edinburgh’s man of the match, Orisi Waibuta (Foxy) opened the scoring after he broke the Wallsend defensive line and raced in from nearly halfway. Alex Williams stepped up to kick the conversation and Edinburgh had a 6-0 lead.

It was the turn of the backs next to get in on the act as Pedro Canakaivata scored the first of his 3 tries of the afternoon, then player Coach, Craig Robertson and finally that man Pedro Canakaivata again with a wonderful interception try took the Edinburgh lead out to 20-0 after Williams landed only 1 of the 3 conversions.

The score did not really tell the tale of the match and Wallsend were at last able to make headway as they scored 2 tries and 1 conversion to bring the score back to 20-10 to Edinburgh.

The 1st half was yet over and there was time for Danny Bete followed by Mikey Mair to score tried which took the half time score to 30-10 to Edinburgh after Captain, Lewis Clark scored one of the conversion attempts.

Whatever the Wallsend Coach said in his half time talk must have worked and the game completely changed. Wallsend now started to dominate and scored 4 unanswered tries to bring the score back to 30-28 – fortunately for Edinburgh, only 1 of the 4 conversion attempts were successful.

Edinburgh had lost their way, conceding penalties for silly infringements which reflected both tiredness and inexperience after 2 seasons of very little competitive Rugby League at this standard.

For all this, Edinburgh are known for a stout defence and it was on display here, the game break came on around 70 minutes as Edinburgh were finally able to make the switch to attack and Pedro Canakaivata scored his 3rd try of the afternoon to give Edinburgh a 36-28 lead after Lewis Clarke added the extras.

Being 2 scores down and time running out was too much for Wallsend and it was Edinburgh who finished the game strongly as Ross Tubuna converted his own try and then Sean Taylor finished the scoring with a try out wide to make the final score 46-28 to Edinburgh.

Edinburgh’s next game is at home on Saturday (14/05) to Catterick Crusaders at Royal High School. Everyone is welcome, so come along and get behind the Eagles!

Keep an eye out on our social media channels during the week for more details.